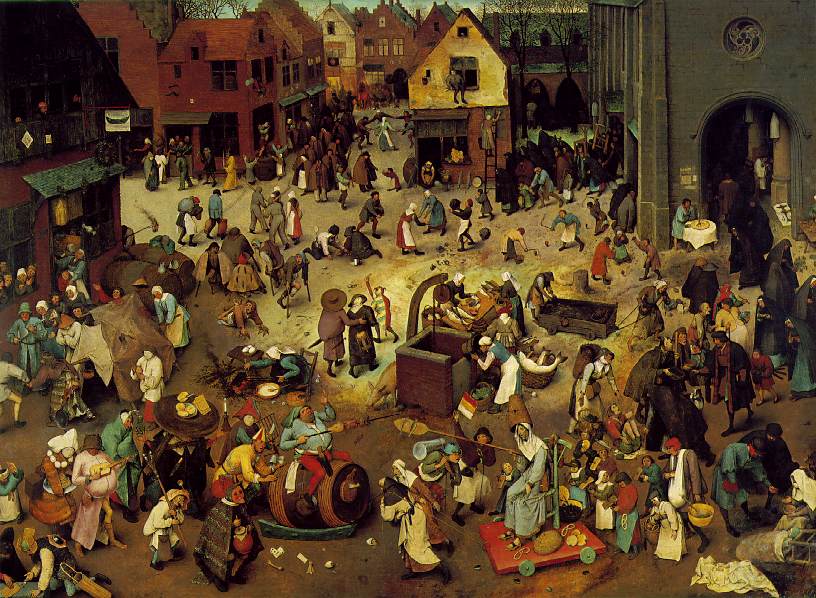 In the mass of Ash Wednesday this psalm formulates the beseeching for the beginning lent.

Despite an ongoing trend to fasting cures it is not common to speak about fasting and particularly repentance in connection with joy. It is easy to catch the unindulgent attitude and the tendency to suppressing drive – which are often alleged to Christendom – being concentrated here. Fasting remains caught in the closet of the spiritual or esoteric.

The current talking about media fasting accordingly provokes vivid discussion, both sides mutually implying to argument religiously and not objectively – and not by accident. No one else then Benedict XVI – always on the spot to upsetting his opponents, in the Angelus of Feb 17th 2008 recommended abstinence from media to support contemplation and catharsis:

***
Fasting and diet are terms that have been appearing in context with Slow Media at various locations, when it came to the desire for a cure from a sense of excessive demand or the uncertainty of how far ones own life is depending from media and the Internet in particular. In her Blog, Jana Herwig titles “Twitter-fasting: I’ll do it (but not for Schirrmacher and Kluge)”:

“However I want sometimes to be without this [social media sense] again, not to always take the smart phone to check what’s up elsewhere while I am in the underground or during other moments of low action level; not to give way to the urge to formulate thoughts that are just articulating; not to follow and not to know, how others might react, but to keep it for myself alone.”

Also Luca Hammer, estimating himself as beeing author of up to 800 tweets a month refers to this post:

“Several hours a day, that I spend to reed and write tweets. High frequency. Always on my mind. What would happen, if I used this time for blogging?

And even Ibrahim Evsan – hardly suspicious of being an Internet sceptic – prescribes himself an Internet-diet from time to time: “When I get to heavy, I have to consume less and move more; when If my time for the real life gets ‘lost’ in the digital world I have to take care to optimise my social media consumption.

***
Repentance, μετάνοια, how the term is in the Greek text of the Gospels, means literally re-thinking and not only admission of guilt and thus avoiding punishment which resonates with the Latin term poenitentia. For becoming able to rethink, Benito Cocchi, Archbishop of Modena demands to voluntarily set aside SMS, Internet and television for one week and to cultivate understanding instead of just communicating: “Per tornare a comunicare, invece di komunikare”.

“This is because in a pluralistic society whatever promises novelty and sensation is presented indiscriminately. Certainly, there are also valuable programmes of information and entertainment. But people must be taught mature judgement if they are to choose wisely.”

Benedikt XVI. gave his German Bishops a talking during their Ad-Limina-Visitation (but without providing a pretext for refusing the Internet, for: “Always be prepared to give an answer to everyone who asks you to give the reason for the hope that you have.” (1 Petr 3,15)).

Fasting, says Thomas Aquinas may “… bridle the lusts of the flesh so the mind may arise more freely to the contemplation of heavenly things.”

By stepping back the view may be opened on the consequences that our communication devices impose on the world. And Benito Cocchi has explicitly in mind the material consequences, for a huge part of our electronic equipment is produced by means of the most disgusting exploitation – which is way too rarely brought to attention – and to which everyone of us should kindly take his part of responsibility. Apart from all CSR-rhetoric of Green Computing we have to face that we are still far from sustainability with our media consumption!

***
When you fast, do not look sombre as the hypocrites do, for they disfigure their faces to show men they are fasting. But when you fast, put oil on your head and wash your face.(Matt 6,16-17)

Fasting should not be a burden, as well as media fasting; it may restore us the joy! It may give a reason to reflect on ones own use of communication media, to consider critically the contents and – with the necessary distance – to picture ones own position in the social net – what might fortunately be not so pivotal:

One reply on “On Lent”