Remember that time is money.
Benjamin Franklin, Advice to a Young Tradesman

When Benjamin Franklin had “snatched the lightning from the skies” with the lightning rod and “the scepter from the tyrants” with the American Independence, it was hardly possible to doubt words of this titanic hero of the enlightenment. His most famous quote though, is neither related to science of nature nor with statesmanship, but sets a rule that would become the creed of an efficiency oriented economy: “Time is Money”.

The physical Term of Power P is defined by Work W (respectively Energy, then abbreviated with E) produced (resp. consumed) by unit of time t. Thus the equation
P = W / t corresponds quite good with the common understanding of power or even better: with effort: a factory worker producing 100 pieces per hour has double the power of his colleague for whom the same quantity would take two hours. And of course we take it for granted that the first worker would be paid a better salary for his higher effort.

And here ends the analogy of physics and economy. It is for sure not the case that a highly compensated member of the management would really take more efforts than the mediocrity at the bottom of the company’s hierachy. This thread of thought is followed by Werner Große, blogger and film maker in his post on the German SciLogs. There is another physical term that describes much better, on what the differences in salaries are ideally based: Action, effect.

Action in physics is not to be mistaken for activity. Action S is defined here as Work (resp. energy) multiplied by time, in mathematical notation

The simple mathematical equations that express the concepts relate easily to Slow Media: Because power is work by time (P = E / t), Action and Power are also closely tied together: S = P ⋅ t2
In words: I may achieve the same action or effect with half of the power, but it takes fourfold the time.

Therefore it is evident, that power or effort taken by itself leads quickly to mindless waste of energy – hey, it’s alright as long we slaved away as much as possible! From a different point of view, the meaning of action becomes even clearer. On her recommendable site “Grundfragen der Physik, neu gestellt und beantwortet von einer Frau” (in German; translates as “Fundamental Questions of Physics, newly asked and answered by some Women”), Brunhild Krüger writes:

If I had only 1 kWh of energy to use: with a bulb that has the power of 100 Watt, I could illuminate a room for 10 hours. But if I would only want to read a book, a table lamp with 40 Watt is sufficient, that can burn for 25 hours until the available energy would be consumed.
The smaller power is used, the longer one can profit from the available energy.

More and more power – that means more and more energy is consumed in even shorter periods of time. But usually it is essential what effect is achieved. This is true for machines and publications likewise. Instead of insisting on effort, on expenses, on labour, like has been used as an argumented for justifying Related Rights and prosecution of copyright infringements, the publishers should better take care that their work would lead to some action, would have effect. 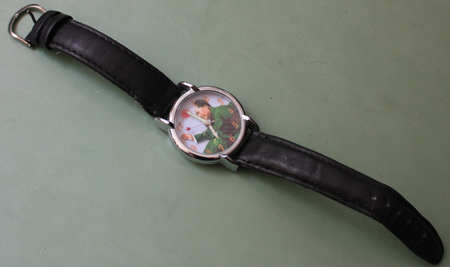 One reply on “Power or Action?”